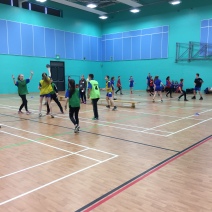 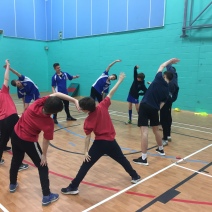 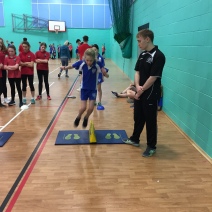 The Year 7 boys football team traveled to Gosforth Central Middle School for their fixture in the quarter final of the county cup. The boys were missing 4 key members of the squad but still turned up full of optimism.

Sam scored early in the second half to make it 1-0 to OMS but conceded 2 goals straight away which left it all to play for.
The boys showed tremendous character scoring in the last minute of the game, with a fantastic header by Finn to take the game to 2-2.
The game went into extra time, which was nailbiting for everyone to watch. Not long into the first half, Finn scored a fantastic second goal to give OMS the lead 3-2. They managed to hold on until the final whistle meaning they are through to the semi finals which is due to be played at OMS against Cramlington.
Picking a man of the match was impossible with every single player doing themselves and the school proud.
Well done boys and good luck in the semi finals!

25 pupils from Yr8 took part in the area handball tournament at Prudhoe High on Tuesday evening. It was an excellent tournament with non stop matches, all pupils played really well. Ovingham A team won the tournament undefeated and now progress to summer games final in July.

32 KS3 pupils from OMS took part in the area indoor athletics championships at Prudhoe High school competing in a range of events from sprints, balance beams, speed bounce etc. Ovingham won both girls and boys overall competition at both Yr7 and Yr8 age groups and progress to County Finals in Morpeth in March. Well done to all competitors.