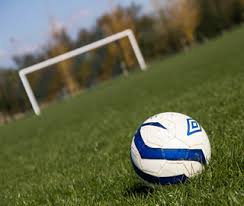 Ovingham Middle School Girls U12 are into the last 32 of the English Schools Football National Cup. The squad includes 10 Year 6 (U11) girls.

Mr Driver and Mr Kirk took 11 girls to Valley Gardens Middle School for the 1st round tie. The girls put in a superb performance in their first ever 9-a-side to run out comfortable 6-0 winners. Lillie scored 5 and Molly scored 1. Lillie edged the ‘Player of the match’ accolade.
Mr Driver and Mrs Goodwin took Ovingham to face a very physical and talented Cardinal Hume Catholic School side in round 2. After trailing 1-0 and missing lots of chances, Ovingham finally leveled through Molly.  Captain Lillie scored the winning goal. Every player was in contention for the ‘Player of the match’ award but Millie edged it because of a terrific defensive display.
Ovingham will play Ponteland Middle School or St Wilfrid’s in the last 32 tie which will be staged at home. The tie must be played on or before February 3rd.
Come on girls, you can do it!

A good week for the Year 7 football team who progressed to the County Cup quarter finals by beating a strong St Cuthberts team. The final score was 5-2 with goals from Billy Murphy (2), Sam Storey, Elliot Smith and Harry Marr. They will play Gosforth Central in the next round away, with the date to be confirmed.

On Wednesday, the Y7 football team took part in the Northumberland County 5-a-side round. The boys were fantastic winning 3 games, losing once and drawing once. The lads finished 2nd, and unfortunately, narrowly missed out on progressing to the North East finals in Feburary.
Next Tuesday its the turn of the Y6 team who take part in NUFC Foundation tournament at Cramlington, with the winners potentially representing NUFC against other teams, at a premier league ground.
Good luck to all the boys participating.