Last week we were lucky enough to be joined by the successful children’s author, Philip Ardagh. During a jam-packed assembly to KS2 pupils, he entertained them with stories on how he became a writer, the characters in his well-known series of books, ‘The Grunts’ as well as some hilarious anecdotes from his childhood (mainly about pants!) Afterwards, Philip signed copies of ‘The Grunts’ for pupils to round off a very enjoyable morning celebrating reading. 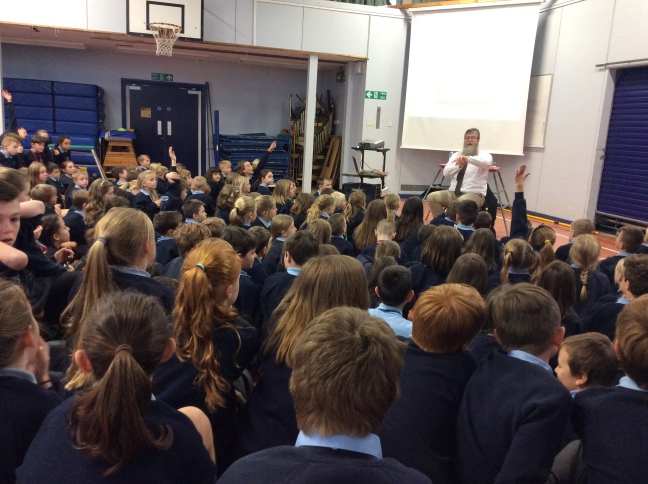